This blog brings together content that is noticeable, important or otherwise interesting from a human givens point of view.

John Cacioppo makes some simple,pragmatic points about how lonely people can get their needs for community and intimacy met

Benefit claimants are now seen as other – less than fully human

Research suggests many of us regard people on benefits as part of an 'outgroup' who don't feel the same emotions. This is scary 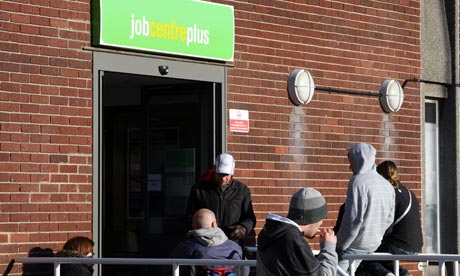 'There are only a few groups considered to be both threatening and incompetent. These include poor people, homeless people, drug addicts and (you’ve guessed it) welfare claimants.' Photograph: Mark Richardson/Alamy
The government's cuts to welfare benefits are causing real harm to a lot of innocent people. Nevertheless, remarkable numbers seem willing to support them, and all too ready to justify them with extreme aberrations. You can probably put some of this down to our straitened times. People struggling to get by in their own lives will find it hard to sympathise with those they feel are getting a free ride. However, at bottom, a lot of the bad feeling towards people on benefits comes from the way we now see them as a distinct, separate social group. Different from the rest of us. Worse than.
On the face of it this doesn't make a lot of sense. People move on and off benefits throughout their lives (with most claiming only for short periods), and lots of us will have claimed at one point or another. Yet we still have this idea of benefit claimants as a separate, special sort of person.
This is crucial if we want to understand people's antipathy towards the benefits system. Decades of findings in sociology and psychology tell us that as soon as a group can be defined as separate, as an "outgroup", people will start to view them differently. We're all familiar with the negative characteristics people seem to identify with benefit claimants. They're lazy, dishonest, stupid, "scroungers", and so on. But there are also deeper, largely unconscious beliefs that likely have even more profound and insidious effects. These have to do with whether benefit claimants are even felt to be truly, properly human in the same way that "we" are.
This idea comes from a relatively new body of work in psychology on something called "infrahumanisation". The infra just stands for "below", as in below or less than fully human. The term was coined by a researcher at the University of Louvain called Jacque-Philippe Leyens to distinguish this milder form of everyday dehumanisation from more extreme kind associated with genocide.
This is a fascinating (and quite scary) process whereby certain groups are not felt to have the same range of emotional experiences as everybody else. Specifically, while people are fine imagining them feeling basic emotions like anger, pleasure or sadness, they have trouble picturing them experiencing more complex feelings like awe, hope, mournfulness or admiration. The subtle sentiments that make us uniquely human.
There has been plenty of work with ethnic groups that shows this to be a real phenomenon. But crucially this tendency to deny people the full range of human emotions is strongest for low social status groups; particularly those groups that are both disliked and disrespected.
Not all low status groups are in this invidious position. Some – for example disabled people and the elderly – tend to be disrespected, but are also felt to be warm and unthreatening. There are only a few groups that have the dubious honour of being considered to be both threatening and incompetent. These include poor people, homeless people, drug addicts and (you've guessed it) welfare claimants. It is these most stigmatised groups that people have the most trouble imagining having the same uniquely human qualities as the rest of us.
You can try it for yourself. Imagine the most stereotypical "chav" you can. Imagine their clothes, their surroundings, their posture, their attitude. Now imagine them feeling surprise, anger, or fear. Easy right? Well now imagine them experiencing reverence, melancholy, or fascination. If you found that just as easy, congratulations. But I'd bet for a few of you it was just that bit harder. I'm ashamed to admit it was for me.
The reason this is scary is that it takes the "infrahumanised" group out of the warm circle of our moral community. If we don't think of them as experiencing the same rich inner life that we do; don't imagine them feeling things in the same way that we do, then we lose some measure of our empathy for them, and consequently our sense of ethical obligation. This would explain why people are so tolerant of the cuts – on an unconscious level, the people being hurt aren't real, full people. If this is true then fighting the cuts is going to be much, much harder than just fighting myths and misapprehensions.

Posted by Human Givens Foundation at 14:54:00 No comments: